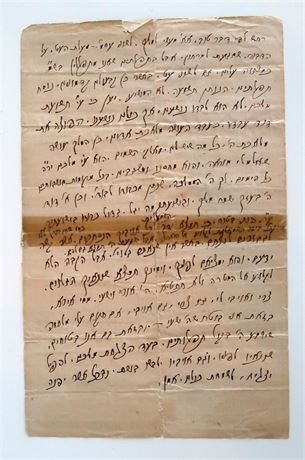 Novellae by R. Hayyim Berlin (1832–1912), eldest son of R. Naphtali Zevi Judah Berlin, head of the yeshivah at Volozhin for some 40 years. R. Hayyim Berlin received his education from his father and became conversant with all aspects of rabbinic literature as well as being well versed in Jewish subjects. At the age of seventeen he married into the wealthy Zeitlin family of Shklov, and later used part of his wealth to amass an excellent library which was acquired by the Yeshivat Ez Hayyim of Jerusalem after his death.

In 1865 R. Berlin became the rabbi of Moscow. In 1889 he returned to Volozhin at the request of his aged father, who wanted his son to succeed him as head of the yeshivah. However, he was opposed by many of the Volozhin yeshivah students, who favored the election of his niece's husband, R. Hayyim Soloveichik, who was renowned for his unique analytical approach to talmudic study. The controversy soon ended with the forced closing of the school by the Russian government on January 22, 1892. With the closing of the yeshivah, R. Berlin became the rabbi of Yelizavetgrad (Kirovograd), where he remained until 1906, when he settled in Jerusalem. His erudition, family heritage, and patriarchal appearance gained for him a leading role on the Jerusalem scene, and in 1909 he was elected to succeed R. Samuel Salant as chief rabbi of the Ashkenazi community of Jerusalem.