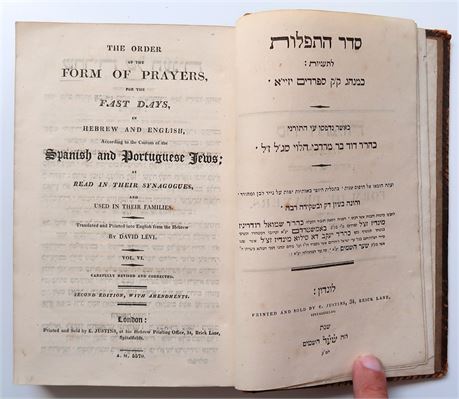 Added t.p.: The order of the... prayers, in Hebrew and English, according to the custom of the spanish and portuguese Jews... translated and printed into English from the Hebrew, by David Levi...