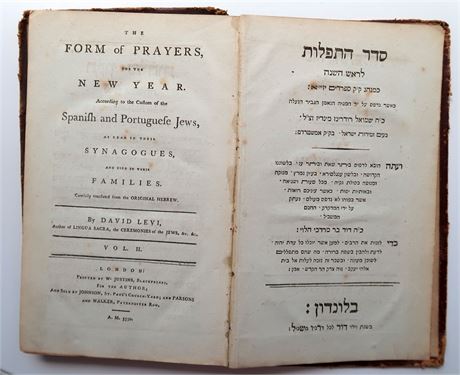 Added t.p.: The Form of Prayers... according to the custom of the Spanish and Portuguese Jews... Translated... by David Levi...